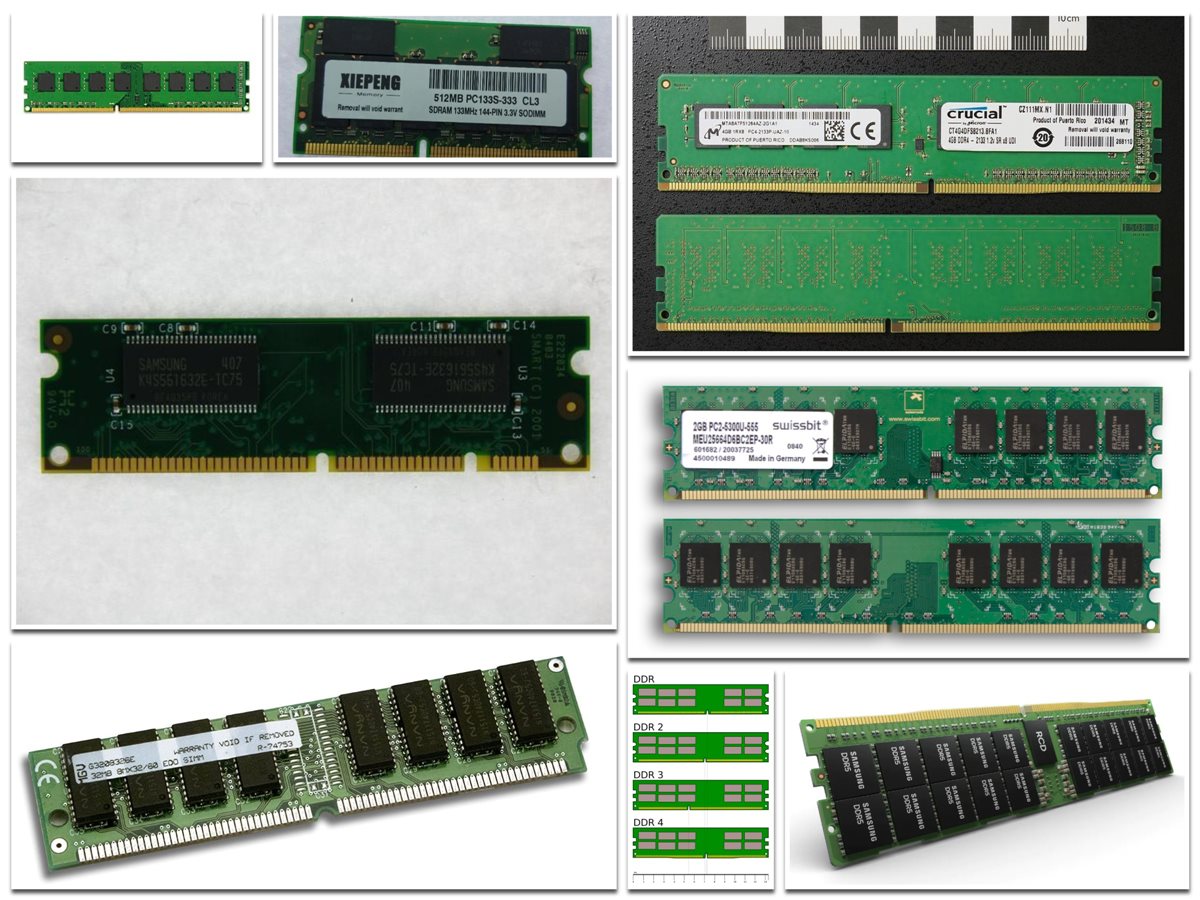 Random Access Memory (RAM) provides computers with the virtual space they need to handle information and solve issues in real time. It’s similar to reusable scratch paper on which you’d scribble notes, numbers, or pictures using a pencil. When RAM runs out of space to cope with transitory information (i.e. running software/programs), you can produce more by deleting what you don’t need.

More RAM in computers has a comparable impact to larger sheets of paper, allowing you to write out more (and bigger) thoughts at a time before needing to erase. RAM comes in a variety of sizes, quantities (measured in MB or GB), speeds (measured in MHz or GHz), and designs (the way it physically connects to or interfaces with computer systems).

Internal and external memory are the two types of memory used in computers. Internal memory, often known as “main” or “primary” memory, stores small bits of data that may be retrieved rapidly while the computer is functioning. External memory, often known as “secondary memory,” is a storage device capable of retaining or storing data indefinitely. Embedded or detachable storage devices might be used. Hard disc or solid state drives, USB flash drives, and compact discs are all examples.

What Are The Different Kinds Of Internal Memories?

Internal memory is divided into two types: ROM and RAM. Read-only memory is referred to as ROM. It is non-volatile, which means it can store data even when the power is turned off. It is mostly used to start or restart a computer. The computer employs RAM, which stands for random-access memory, to temporarily store data while the central processing unit (CPU) is performing other duties once the operating system has been installed.

More RAM on a computer means the CPU doesn’t have to read data from external or secondary memory (storage device), allowing it to operate quicker. RAM is quick, but it is volatile, which means it will lose data if the power goes off. As a result, saving data to the storage device before the machine is shut off is critical.

What Sorts Of DRAM Packages Are There?

SIMM modules were popular in the late 1980s and early 1990s, however they are now outdated. They had a 32-bit data bus and came in two physical configurations: 30-pin and 72-pin.

DIMMs are the current memory modules. Pins on both sides of the modules are referred to as “dual in-line.” DIMMs used to have a 168-pin connection with a 64-bit data bus, which was double the data width of SIMMs. More data may travel via a DIMM because to the larger bus, resulting in quicker overall performance. The latest DIMMs based on fourth-generation double data rate (DDR4) SDRAM contain 288-pin connections for improved data speed.

Here is the latest list of all types of RAM that you should know about.

Rams are Generally Classified Into SRAM and DRAM

Static Random Access Memory is what it’s called. SRAM uses flip flips to keep track of memory. Flip flops employ four to six transistors to create a memory cell. This memory can save data till the power source is turned on. This memory is both quicker and more costly than DRAM. These are mostly utilised in the cache memory of the CPU. It does not need to be refreshed because it is much quicker than other sorts. 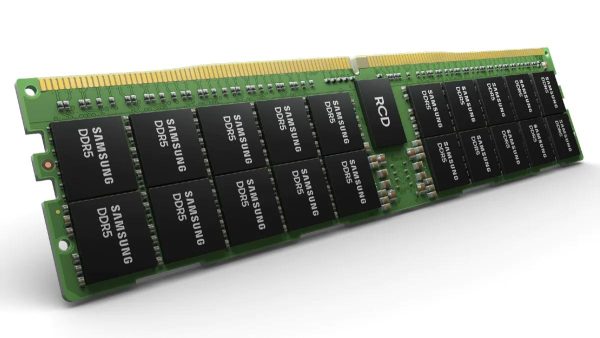 Dynamic Random Access Memory is the abbreviation for dynamic random access memory. A single bit of data is stored in a memory cell made up of a transistor and a capacitor. Even if the power source is on at all times, they are unable to keep information for a longer period of time. As a result, it requires constant refreshment and is referred to as a dynamic memory. The most prevalent form of computer memory is DRAM. In compared to SRAM, it delivers greater memory per chip due to a smaller number of components. It is less costly and slower than SRAM. This sort of memory is generally utilised to provide a huge amount of system RAM. 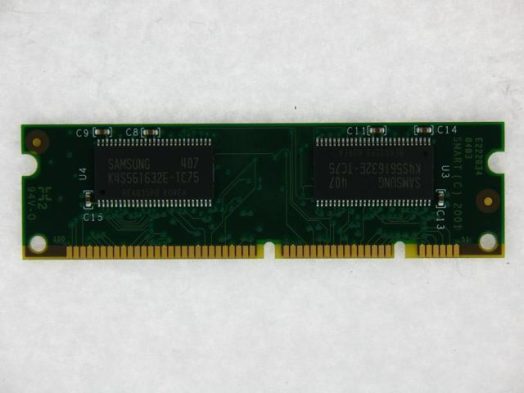 Fast Page Mode Dynamic Random Access Memory is what it’s called. In compared to traditional DRAM, this memory is a little quicker. This memory’s access time is enhanced since it only sends the row address once while visiting the memory’s surrounding locations. It is still one of the slowest Rams in use today, despite its moniker. This memory isn’t recommended for memory buses that run faster than 66 MHz.

Extended Data Output Dynamic Random Access Memory is what it’s called. It may be considered an enhanced form of FPM because it can store data for a longer length of time than FPM. It’s known as the stretched out because of this feature. In 1993, it began to take the place of FPM DRAM. It holds 265 bytes of data information in latches, with each latch holding the same amount of data. This configuration allows applications to run in a straight line without any delays.

Synchronous Dynamic Random Access Memory (SDRAM) is a kind of synchronous dynamic random access memory. The term synchronised refers to the system bus synchronisation capability. It, too, requires a startup process, although signal creation is not as complicated as it is in DRAM. Its speed is double that of EDO DRAM. One of the primary drawbacks of SDRAM is that it operates at a single data rate, allowing it to do just one job each clock cycle. SDRAM’s shortcoming led to the introduction of Double Data Rate SDRAM later.

The acronym DDR stands for Double Data Rate. SDRAM was created as a replacement for SDRAM with a single data rate. It outperforms SDRAM in terms of speed and efficiency while using less energy. The data transfer rate has nearly doubled because it can transport data on both sides of the clock. These memories have names like PCXXXX, where XXXX represents the speed in Mo/sec. 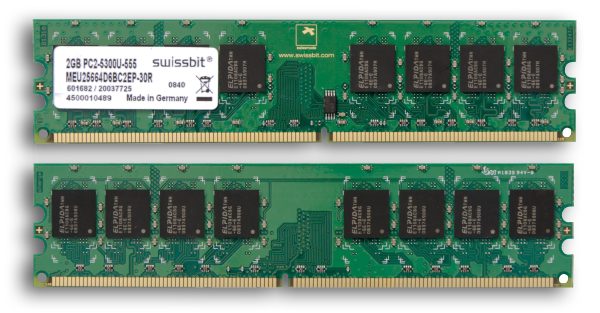 DDR2 SDRAM was introduced in 2003. Double Data Rate type 2 SSDRAM is what it stands for. It also increased the speed of first-generation DDR SDRAM by a factor of two. DDR2 specifications range from 4oo to 800 or even higher. Because the input/output buffer frequency is increased, it outperforms DDR. Because most DDR chips utilise the TSOP-II form factor, but DDR2 uses the FBGA form type, these chips may seem different from DDR chips. 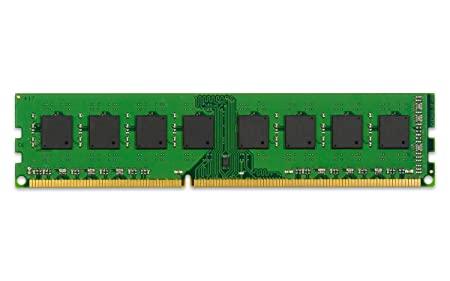 Double Data Rate Type 3 Synchronized Dynamic Random Access Memory is what it’s called. In 2007, this memory was first launched. It’s also seen to be a better form of DDE2 types because it doubles the speed of DDR2 while using less power. It is the one that is now in use on the market. However, DDR4 will soon be able to replace it. It has a transmission rate of 800 to 1600 Mbps. 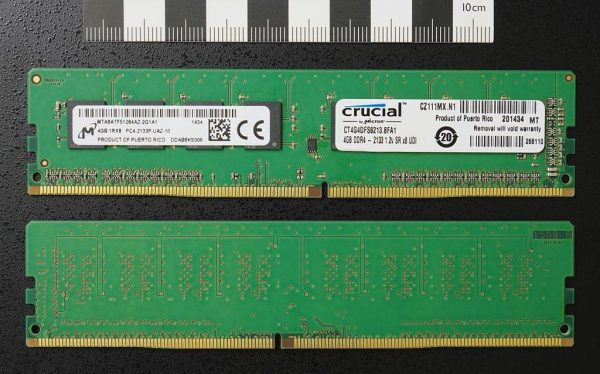 Double Data Rate Type 4 Synchronous Dynamic Random Access Memory is what it’s called. This RAM is a faster version of the DDR3 memory technology. This is the most recent variation in this area. In comparison to the earlier DDR 3 versions, this delivers greater system level dependability, capacity, performance scalability, and power efficiency. Because the technology is new, it must keep a few things in mind, such as working to reduce modifications that obstruct design migration.

Aside from these RAMs, there are various more, such as NVRAM (non-volatile random access memory). This memory differs from conventional RAMs in that it keeps data even after the power is switched off. It differs from SRAMs and DRAMs because of this characteristic. Ferroelectric RAM is another type of non-volatile memory. Unlike NVRAM, it does not require a separate battery.

What are the 4 types of leadership styles?
Would you age slower on a different planet?
What are the different brush positions in repulsion motor?
2021-09-17